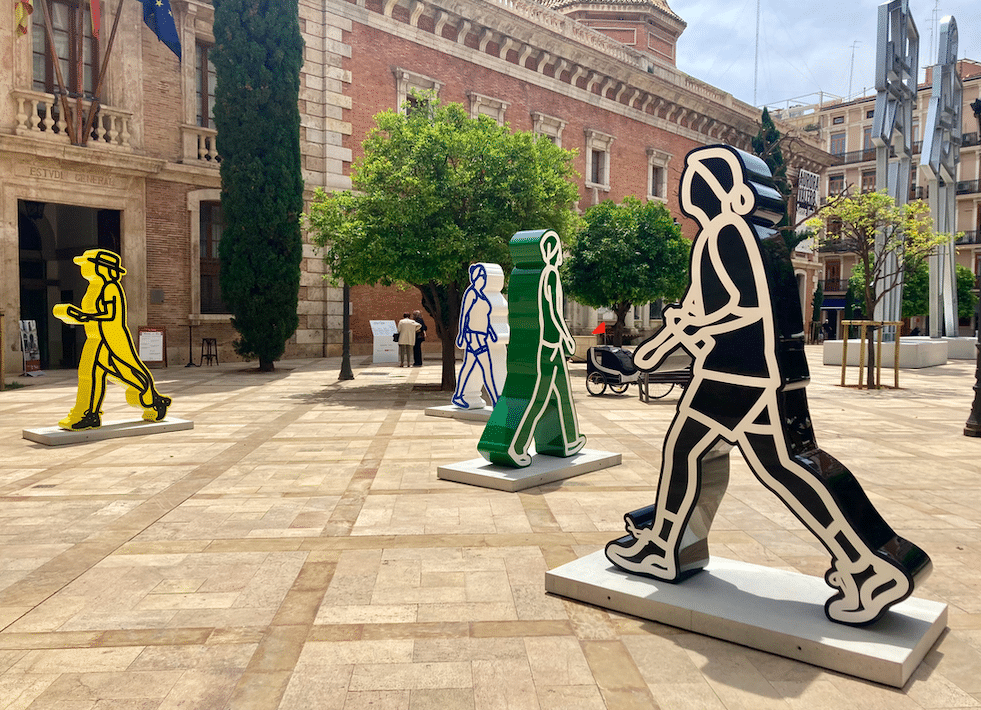 Hortensia Herrero, the president of the foundation that bears her name, is once again transforming the urban landscape of Valencia with an exhibition of monumental sculptures by Julian Opie (London, 1958). The exhibition, which will run from 27 May to 19 September, brings together sixteen works installed in the Plaza del Colegio del Patriarca and the La Nau Cultural Centre in a project that has seen the collaboration of both the City Council and the University of Valencia.

The exhibition was presented at a press conference attended by the Rector of the University of Valencia, María Vicenta Mestre; the Vice-Rector for Culture And Sport, Ester Alba; the artist Julian Opie; the exhibition curator, Javier Molins; and the promoter and patron of the exhibition, Hortensia Herrero.

The rector highlighted the importance of Julian Opie’s work and expressed her gratitude for the collaboration with the Hortensia Herrero Foundation, highlighting the contribution to Valencian society made by the Roig-Herrero legacy. She also recalled that Hortensia Herrero and Juan Roig are former students of the University of Valencia, and that Roig’s subsequent career has been recognised with an honorary doctorate.

“It is highly gratifying for the Foundation to be able to bring the art of Julian Opie, one of the best artists in the world, to the Valencian people,” explained Hortensia Herrero during the presentation. She went on to say that the exhibition began to take shape in October 2020, at a time when “we were locked down in the middle of the pandemic, no one could travel… but in the end we took a risk and this is the result”.

The works by Julian Opie occupy the square, the cloister and the La Nau Academy Hall. A choice that the president of the Hortensia Herrero Foundation explained was due to “the special affection I have for this building where I spent two years of my youth studying economics and where Juan Roig and I became sweethearts”.

Referring to the visual artist, she pointed out that “Opie carries in his works the activity, the movement, that it seems we need now more than ever”. The collector and patron was accompanied by the artist Julian Opie; the curator, Javier Molins; the vice-rector of the University of Valencia, Ester Alba; and the rector, Mavi Mestre.

The event transcends the usual margins of a museum to take over the streets of the centre of Valencia. Specifically for this project, Julian Opie has created two previously unseen steel sculptures that are twelve metres high and weigh six tonnes and occupy the Plaza del Colegio del Patriarca, and which will change the city’s landscape for the coming few months.

“The pieces represent two human figures, people from my circle, whom I capture carrying out an everyday activity,” said Julian Opie about the monumental sculptures that occupy the square. “These works focus on the human figure in movement, walking through the city, alone or in the middle of a crowd; walking, running to catch a train or waiting in the square with arms folded”, explains the artist.

Next to them is a sculptural group of four walkers, which are over two metres tall, that originated from the photographs Opie takes of anonymous people walking along the street. “These pieces look more like three-dimensional drawings than sculptures. And all the work by the British creator has its origin in drawing, the first visual thought of every artist”, stated the curator of the exhibition.

The exhibition continues in the cloister to La Nau with figures in dialogue with the statue of Luis Vives. Javier Molins explained that these are “contemporary pieces set beside a nineteenth-century sculpture by José Aixá”. The academy’s statue represents the Renaissance humanist who was born in Valencia, “but moved to Julian Opie’s country to work at the court of Henry VIII along with his friend and colleague Thomas More”. These sculptures have now travelled in the opposite direction to that taken by Luis Vives by travelling from London to Valencia to pay homage to the thinker.

After the temporary exhibitions of works by Manolo Valdés, Tony Cragg and Jaume Plensa at the City of Arts and Sciences, the Hortensia Herrero Foundation has once again organised an exhibition of monumental sculpture by an international artist with the presentation of recent works and some previously unseen pieces by Julian Opie.

The works on display include two light boxes, two cubes with more walkers and Julian Opie’s well-known LED screen animations, visions of anonymous crowds going about their daily business in big cities. These pieces, in the same style as the friezes in ancient Egyptian art, show characters with their facial features hidden, linked by the black lines with which Opie always defines his figures. This part of the exhibition is located in the La Nau Cultural Centre’s Academy Hall

The Julian Opie exhibition is one of the activities included within the framework of the project to construct the future Art Centre that will bear the foundation’s name and which will open its doors in the former Valeriola Palace. The building will house the works of Hortensia Herrero’s own collection and temporary exhibitions of works by international artists. The refurbishment works will be completed in 2023.

The Hortensia Herrero Foundation carries out exceptional cultural patronage work with the aim of protecting and promoting the historical and artistic heritage of the Valencian Community, with the refurbishment of San Nicolás Church and the College of High Silk Art being its two most important projects. The Foundation’s next initiative will be the restoration of Santos Juanes de Valencia Church. 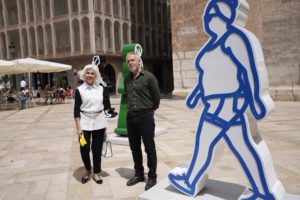 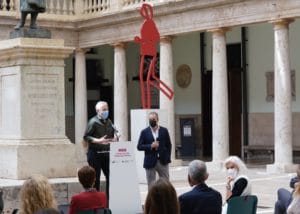 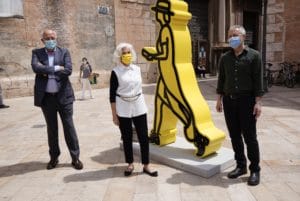 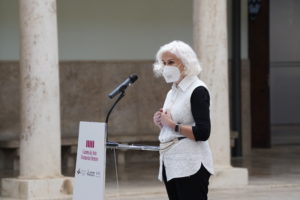